What would you expect for $30 a night?  What do you expect from the Intercontinental hotel chain?  While these are two very different questions, they were both on my mind as the TransVIP van dropped me off at the Intercontinental Santiago.  In the weeks leading up to my trip, I booked the hotel with a point special so it cost me 5,000 points instead of the regular 30,000.  You can buy points at a rate of $30 per 5,000 (see this post for details), so that is why I was seeing my rate as $30 a night instead of $250 and had mixed expectations.

Upon arrival, I noticed that the lobby looked top notch. My excitement was building.  The front desk agent found my reservation and thanked me for being a Platinum Priority Club member.  I asked what benefits I would get, and he said none because “Priority Club only paid for the room.”  No lounge access, no wifi, no upgrade, no welcome gift, nothing. My excitement plateaued. It is incredibly frustrating that IHG doesn’t recognize status when you aren’t paying with cash; it kills the relationship with the brand.  Disappointed, I grabbed my keys and went to my room.
When I entered the room, I noticed a strange moldy smell.  This was an instant deal breaker.  I immediately called the front desk, explained the problem, then (I couldn’t believe this step was needed) explained why I wanted to switch rooms.  They sent up a bell hop a few minutes later with my new keys.
The new room was on the top floor next to the Presidential Suite - a good sign. I opened the door and it looked as though the room hadn’t seen a decorator since Pan Am stopped flying there.  The problems didn’t stop with the wallpaper color (carpet stains, runny toilet, shower door didn’t close properly), but by this point it was too late for me to care.  I unpacked, plugged in, and fell asleep on a lumpy bed.
Intercontinental Hotels has a web series showing tours of the local area given by the hotel concierge.  This is a great selling point and I have had great experiences in the past with their advice (Budapest was the best).  In the morning, I went to the concierge desk and he brushed me off to a bell hop instead of answering my questions.  He was too busy taping a package to help me explore Santiago (it looked like the same guy from the video). The bell hop was able to hand me a map and practice his broken English, but not help me at all. I was looking for the concierge to enhance my stay, like the video series suggests, but not at the Intercontinental Santiago (luckily I ran across the W hotel and their staff was amazingly helpful). 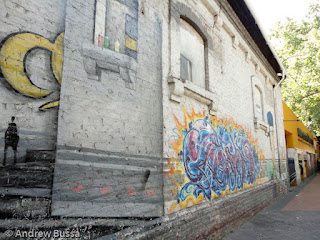 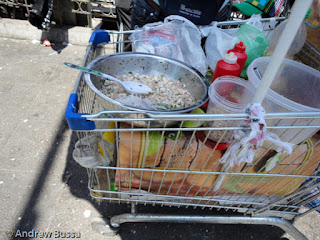 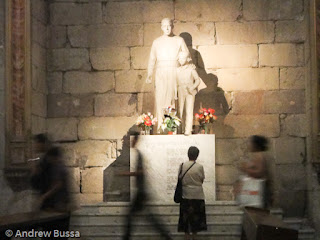 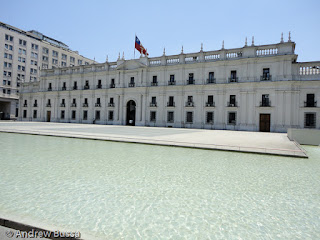 Santiago is a gritty city. I toured it on foot and saw a few sights and had some odd food (they put green beans on sandwiches).  It’s not the most tourist friendly place to visit though. I enjoyed finding the Christmas by Coca-Cola experience and the huge old cathedral.  There aren’t many actual tourist sites in town.  I did stumble upon a large loacalmarket (selling everything from ceviche to underwear to soap), Chilean art museum, and a pleasant park that runs along the river and is popular with locals. 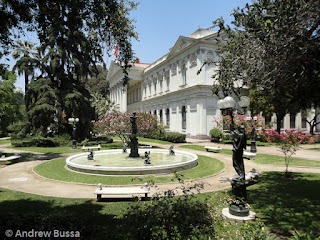 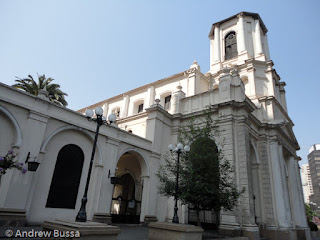 Back at the hotel, one of the elevators was broken, so it took forever to go anywhere.  I felt like unwinding with a swim and went to the top floor pool.  I was pleasantly surprised to find the pool was deserted.  The views were great, but there were no towels.  I called to have some brought up and was told to go down a floor to the (closed) gym and grab some there.  Not even a roadside Hampton Inn would do that.

I stopped by the concierge desk in the evening to get some post card stamps.  About four staff members were behind the desk watching soccer (there is a mirror behind the desk so I could see the computer screen, earlier they were watching porn).   I knew the stamp price and objected when they quoted me a 20% premium.  They didn’t budge, so I had to give in.  Over a month later, none of these post cards have arrived; I have the sinking feeling they may have just pocketed my cash.  I then went to the front desk to arrange for TransVIP to pick me up in the morning (it was $12 and 90 minutes to the airport).  I was happy to leave.
Posted by FrequentFlyerGuy at 9:20 PM